Trainings on Smoking Cessation in Mauritius and Rodrigues (2012)

In Rodrigues the same workshop was held at Domaine la Détente, Eau Claire, Rodrigues, on 29 and 30 November 2013 for 20 participants from the health sector and civil society. The workshop in Rodrigues was facilitated by the same resources persons, namely, Professor Lekan Ayo-Yusuf, Professor Kola Okuyemi and Mrs Joyce Jakavula. The Commissioner for Health in Rodrigues, Mr. Ismael Vallimamode, opened the workshop. The event was widely covered by the TV and radio channels in Rodrigues, including interviews of Professor Lekan and the President of VISA.Professor Yusuf Ayo-Lekan and Mrs Joyce Jakavula also conducted a 2-hour training on smoking cessation at Creve Coeur Hospital, Port Mathurin, with doctors and nurses coming from all the health service delivery points in Rodrigues.

Ministry of Health and Quality of Life

Ministry of Youth and Sports

‘Lekan Ayo-Yusuf, is an Associate Professor at the University of Pretoria, South Africa. He teaches in the University’s Department of Community Dentistry and at the School of Health Systems and Public Health. Lekan is also currently a visiting scientist at the Centre for Global Tobacco control at the Harvard University School of Public Health.

Having previously served as a hospital manager/superintendent, Lekan has rapidly gained recognition as a leading expert in tobacco control research and dental public health in Africa. He has trained health workers, dental and medical school students in providing tobacco use cessation support. He has been at the forefront of research into the composition and health effects of smokeless tobacco products used in South Africa, and have been actively collaborating with advocacy groups and researchers in the United States, Europe, and Africa. He has provided expert opinion to the health portfolio committee of the SA parliament and played a vital role in supporting some amendments to the tobacco legislation in South Africa.

In addition to several published papers, he has presented several scientific papers at both local and international scientific meetings. He has served and continues to serve as a scientific reviewer for several research organisations such as the South African National Research Foundation (NRF) and the Gates Foundation’s Africa tobacco control initiative. He currently serves as a member of the editorial board of a number of scientific journals, including Tobacco Control and the American Journal of Health Behaviours.

Professor Lekan is an active member of a number of local and international professional organisations and he has received several local and international research awards. He is currently serving as a member of the board of directors of the Society for Research on Nicotine and Tobacco (SRNT), representing Africa, Asia, Oceania and Latin America regions. He is a member of the 12-member WHO scientific advisory group on tobacco regulation (WHO TobReg), charged with providing member states with evidence-based recommendations for tobacco control. He is the principal investigator of a regional capacity building initiative in tobacco control with the support of the American Cancer Society and also serves as the regional director for the Global Bridges initiative to develop a network of health providers offering tobacco dependence treatment in the AFRO region. Prof. Ayo-Yusuf was recently nominated by the Minister of Health to represent South Africa on the steering committee of the Centre for Tobacco Control in Africa.

Kolawole Okuyemi is a Professor of Family Medicine and Community Health and Director for the Program in Health Disparities Research at the University of Minnesota Medical School. He is also Director for Cancer Health Disparities initiatives for the Masonic Cancer Center, an NCI-designated Comprehensive Cancer Center at the University of Minnesota. He received his medical degree from University of Ilorin, Nigeria, completed a family medicine residency and Master of Public Health at the University of Kansas Medical Center, Kansas City, Kansas (USA), and a public health research fellowship at the Morehouse School of Medicine, Atlanta, Georgia (USA). Dr Okuyemi was the recipient of the 2011 Researcher of the Year Award from the Minnesota Academy of Family Physician. He was also recognized as among the top 5 NIH-funded researchers in 2010. As Director of Program in Health Disparities at the University of Minnesota Medical School, he leads a dynamic interdisciplinary team of more than 25 junior, mid-career, and senior health disparities research scientists conducting extramurally (mostly NIH) funded research in areas such as nicotine dependence/smoking cessation, nutrition/obesity, kidney diseases, cardiovascular diseases, diabetes, pharmacokinetics, neuroimaging, health services research, patient-provider relationship, cancer prevention, and community-based participatory research. Dr. Okuyemi’s career in the last 20 years has focused on research and programs to improve the health of minorities and underserved populations and reduce health disparities using pharmacological and culturally tailored behavioral interventions. In addition to being the PI and Director of the NCI-funded Minnesota Center for Cancer Collaborations (a Community Networks Program Center, 2010-2015), he has been Principal Investigator and Co-Investigator on several federally (NCI, NIDA, NHLBI, HRSA) funded studiestotaling nearly $30 million aimed at reducing tobacco- and cancer-related health disparities especially amongAfrican Americans, African Immigrants, and homeless populations. He is principal investigator on first large smoking cessation intervention study for homeless population funded by the National Heart, Lung, and Blood Institute ($3 million; 2007-2012) that assessed the effects of Motivational Interviewing and Nicotine patch among 430 homeless smokers. Dr Okuyemi has published nearly100 peer-reviewed scientific articles and book chapters.

What is Global Bridges

What is Global Bridges: Healthcare Alliance for Tobacco Treatment?

Global Bridges is a worldwide science-based initiative whose objectives are:

In the African region, Dr Ayo-Yusuf, an Associate Professor at the University of Pretoria, is the Regional Director for Global Bridges and, in line with the global objectives of the Alliance, he is actively engaged in building a network of health care providers in the region who are interested in promoting tobacco cessation and creating opportunities to share tobacco dependence treatment expertise among network members within the region. He is also providing training through state-of-the-art, evidence-based web and on-site training sessions in tobacco dependence treatment and advocacy. 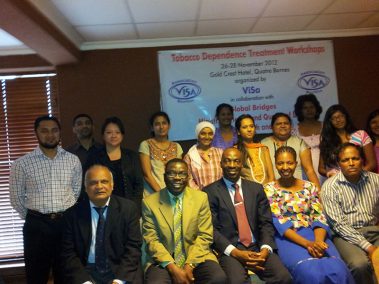 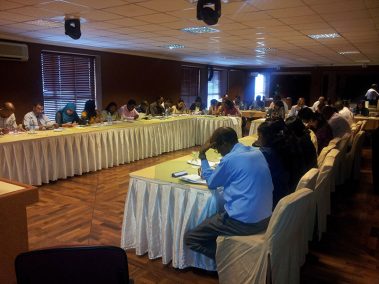 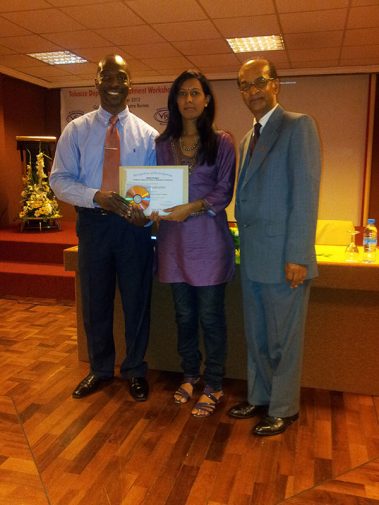 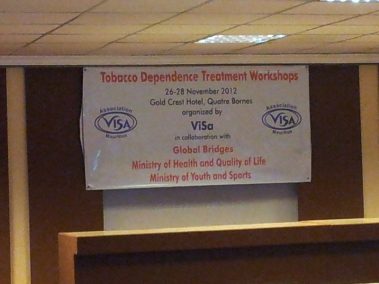 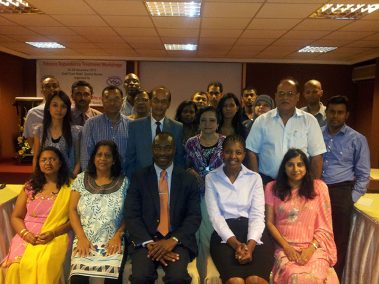 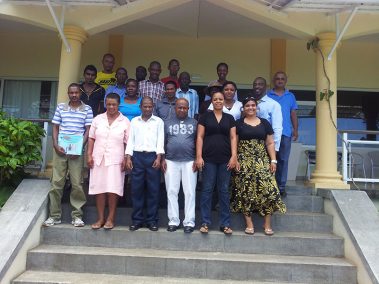 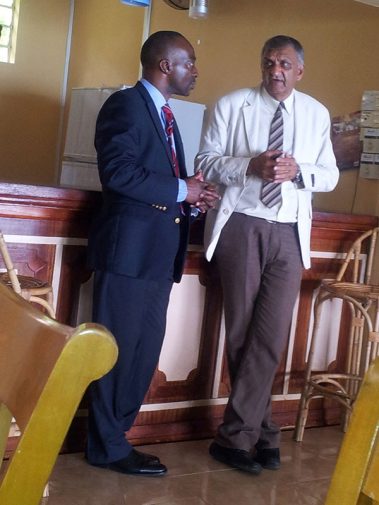 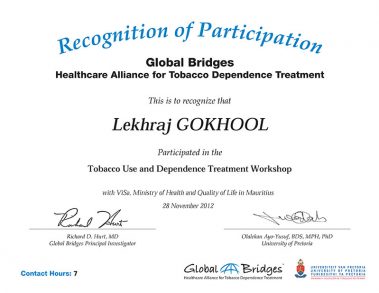 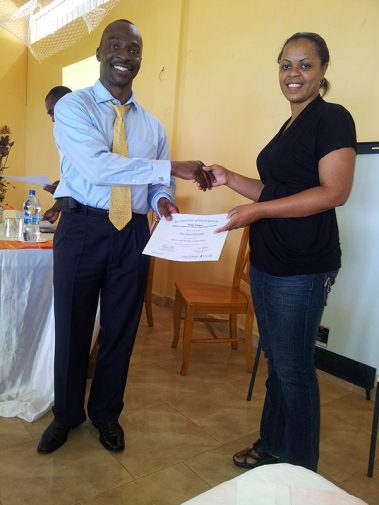 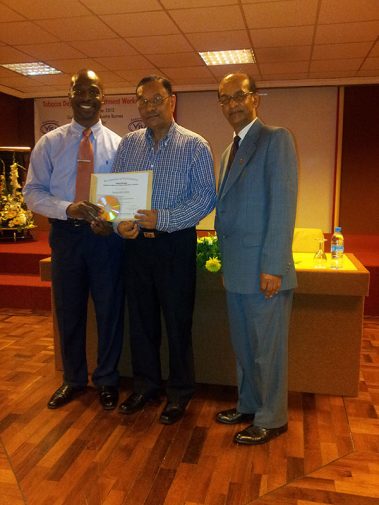 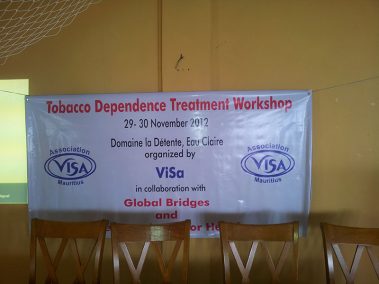